Sometimes refusing a recommended service by your knowledgeable Technician is a gamble to save money at the time. However you can lose that roll of the dice and end up with the Worst Case Scenario, which will cost more money in the end to repair, than you saved at the time you refused the service.

After repeated recommendations to replace Control Arm Bushing on an LR3, this customer came across the Worst Case Scenario first hand. When the knocking in the front end began to affect the performance of the LR3 the customer brought it in to get looked at by one of our Master Techs. This is what was found…. 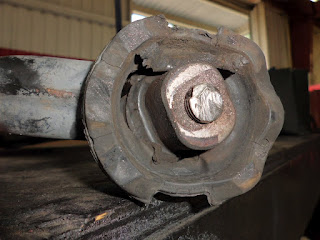 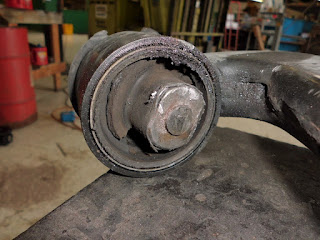 The Control Arm Bushings began to deteriorate from the inside (see above photos). This cause a constant shifting every time the LR3 stopped or accelerated, turning this once simple bushing replacement job into something else. Due to the back and forth motion the nuts that hold the bushing in place became fused to the bushing which now had to be cut and grind-ed off the control arm. 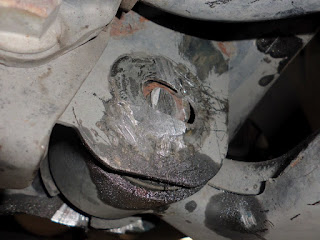 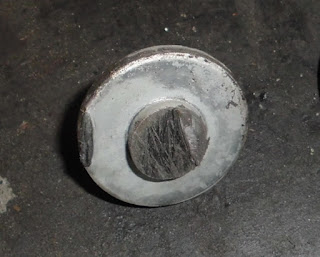 The back and forth motion also gave the control arm bushings momentum to begin to damage the actual Frame Points which mount the bushing and Control Arm. Causing the cutting and weakening of the metal around the bushings. Now this needed to be address also adding more expense to the repair. 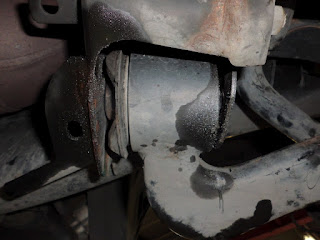 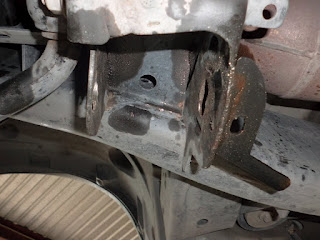 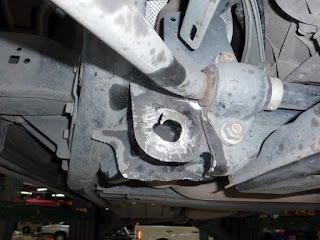 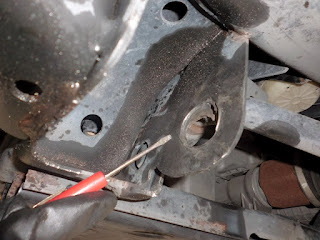 Had this failure been allowed to continue it could have caused even more damage and expense. This is just a reminder when a service is recommended for your vehicle consider the future outcome and expense before refusing to save a little money. Proactive Maintenance is the key to keep your vehicle around for a long time and prevent expensive repairs that could of been avoided.

If you would like your LR3 serviced or any Land Rover, Jaguar or Mini Cooper you can click on 1 of our 2 Houston area locations – Houston Central or Houston Midtown and we would be happy to help you.

I also have these bushing for sale at the following locations (Click on the links below): 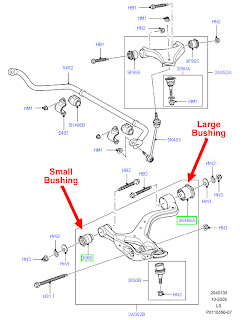 Disclaimer: The above links and associated pricing are for the bushings ONLY and apply for the do-it-your-selfer. The pricing from the above links does not apply to any of our shop locations.